UK, is your operations ready for life after furlough? By the end of September 2021, the UK Governments ‘paid to stay home’ (AKA furlough) scheme where the government paid the wages of workers that would have otherwise been laid off, comes to an end.

With the majority of the plandemic restrictions reduced or removed, its back to work (and office?) for most of the country.

Although the free-money scheme funded by the taxpayer is credited with reducing (or delaying?) a sharp rise in unemployment, and costs of firing and rehiring employees (assuming the economy and life returns to the Old Normal), and possibly starved off a recession (or delayed it at least).

The furlough scheme was not without its critics, with 1.9M people on the scheme at the end of the fiasco, having reached 5.1M at its peak, it’s has cost an estimated $50Bn to date.

But with that behind us (hopefully), it’s time to organisations to prepare for life after the plandemic.

But what does that look like, and what are the impacts?

The return to work (and office) for the majority as workers come back onto the Organisations payroll (an increased cost to the business), will clearly lag behind the revenue from sales income as ‘business’ returns to Old Normal.

New working arrangements aside (i.e. work from home, hybrid, or fully back in the office), and assuming organisations wanted to maintain their pre-plandemic headcount, and not make staff redundant, it would be expected that increase employee/wage cost to hit (or hurt) companies bottom-line, which ever option).

So, what options do Organisations have to keep costs down while revenue ramps up as businesses slowly return to full capacity? This is what we will discuss in this article:

What can Organisations do is look at their current operating model and look where they can save costs?

In terms of options, there are three (3) main options Organisations can do right now:

Each option has its pros and cons. We will discuss each of these below:

Often seen as the silver-bullet, to outsource processes to a low-cost location. It was very popular in the early 2000’s. It however wasn’t a passing fade, and is still very popular.

For example, the data analytics (CRM, Supply Chain, Risk and Financial analytics across Retail, Automotive, Manufacturing, BFSI, IT and Telecom, Oil & Gas and other industries, with BFSI holding the major share) outsourcing market was valued at USD 3.04 billion in 2020, and it is expected to reach USD 9.46 billion by 2026 at a CAGR of 21.5% according to Mordor Intelligence report, showing no signs of letting up.

READ
What Is Enterprise Architecture Really? However, like any strategy, it has its positives and negatives:

If you are ready for the work, and can accept the risks (and benefits), this could be an option for your organisation?

But before you jump in and start re-engineering any and everything, there’s some notable advantages and disadvantages. Here are the top three (3):

TIP: to avoid this, your approach needs to be holistic, and be across the Organisation, namely using your Process Model as the starting point. See our other video on the fast way to do process modeling and mapping here). Note – What happens here is the Business and Key Stakeholders who you are there to help are confused by your ‘standard’, they disengage in the process (pardon the pun).

These Stakeholder you confuse then provide some but not all the information you need to improve those processes (AKA rubbish in, rubbish out).

READ
Will The Real Business Architect Please Stand Up

The changes that you, as the Business Transformator recommend don’t go far enough, or the right ones, the minor changes that are eventually delivered fall short of what was originally promised and expected.

The result: A long winded waste of everyone involved time, money and effort.

That said (done right, as mentioned above), BPR offers possibly the fastest option to get started to start with re-engineering low hanging fruit and get some quick wins while you look at bigger more complex processes and problems (that inherently cost more money due to all the resources they consume).

Like Outsourcing, this is no fade. The BPA trend is here to stay.

In fact, business spending in the US on BPA is expected to grow to 12.7 billion dollars by 2021.

We wrote about the Benefits of BPA in another post here but here are the highlights:

BPA offers great advantages and benefits to Organisations. However, the biggest problem with BPA, it’s the ‘technology’ per se, it’s the people driving it.

There is a process to effective BPA (and BRP for that matter)… you have to take a holistic approach.

When Technology (stakeholders) lead these initiations, they want to build something as quick as they can.

What happens next so, they throw it over to the Business / Business stakeholders for you/them to work out if you indeed need it, or if it even works?! Madness.

This behaviour however will help explain why there is a 70% failure rate in business transformation programs that employ those old methods!

Just like we learnt that ‘throwing more bodies at the problem, doesn’t solve the problem’, you just ‘have more opinions (more expensive ones, because people need time to be available to help solver those problems, and time is money)’.

Everyone wants to start with the fun things – just ask the Technology Guys.

The Technology Guys just want to start playing with their new toys as quick as they can.

They’re not or less interested in you understanding – “what they problem is or looks like?”, oh no, they just “want to ‘crack on’ and build things”!?

What exactly are they building? Well, they don’t know exactly, they can’t tell you now, but will tell you, once they’ve finished and handed it over to the Business, for them to work out if they need it or indeed if it’s useful.

If you think that sounds crazy? You’re right, it is. I wrote about it that phenomenon here.

Just like we learnt that throwing more bodies at the problem, doesn't solve the problem, you just have more opinions (more expensive ones, because people need time to be available to help solver those problems, and time is money).

The Process to BPA

The reason you want to create (or recreate) your Digital Twin, is to identify from there which are candidates for BPR.

The reason you want to all that (put it down on paper, and visualise it – whether on a whiteboard, or digitally on a screen) is because everything looks different when its down on paper or screen, one version of the truth).

You can then initiate quick wins and low hanging fruit while you step back at look at ALL the processes across the Enterprise, then of those, identify the candidates for Automation.

Here is a quick flowchart to help you decide: Do you want to learn how you can improve your operations and best part, led by your own people?

We’re always open for a chat! Contact a member of the HOBA TECH team or use the Contact Us form.

Thank you for reading this!

P.P.S. If you want to learn more about business transformation, check out The Business Transformation Playbook here. 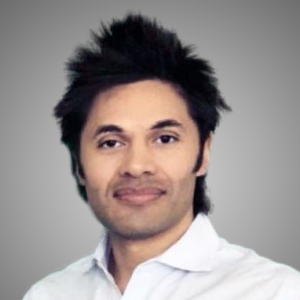 We’ll send jargon free insights that you can actually use to transform your business straight to your inbox once a week.

We’ll send jargon free insights that you can actually use to transform your business straight to your inbox once a week. Are you a consultant, team or organisation embarking on your transformation and want to move from the model of transforming business?

Join our free webinar and learn ‘How to maximum the return on your transformations, improve service delivery with less effort, less time & cost and increased profits!’

HOBA® is the new way to transform organisations and the answer to the 70% failure rate of business and digital transformation projects today. Tired of being told what how to change your organisation?

Take control of your transformation and apply the systematic structured method that has already turned about many failing business transformations into success! What Is Enterprise Architecture Really?

Let’s start this post by defining enterprise architecture… What Is Enterprise Architecture? Enterprise Architecture looks at both Business and Technology Architecture. TechTarget calls it “a conceptual blueprint that defines the structure and operation of an organization”.Its aims to make sure your IT investment will help you achieve your current and future objectives at the […]